You are here: Home / Blog / Cooking at Home vs. Eating Out

Here’s the thing.  I used to eat out at restaurants so much that I decided to start a food blog in 2010 to keep track of all the fabulous meals I was having around NYC.  I didn’t want to forget them; I wanted to savor the memories.  I will say, looking back at the blog for the first time in a few years, I’m still really glad I documented it.  I ate some amazing food in NYC (and Portland), and I probably would have forgotten some of those experiences otherwise.

Anyway, I don’t dine out as much these days, mostly because I took a hard look at my values and decided that the excessive spending on foodie restaurants didn’t really align that well with my life priorities.  Luckily I like cooking too.

We cook a lot more now and go to restaurants just occasionally, usually as a treat or to socialize, which are happiness-enhancing behaviors (delayed gratification) and also fit better with our priorities.  Life is good under this new paradigm, and if you have similar goals/values/priorities and a weakness for restaurant food (and drink), I would definitely encourage a test run.

Apparently, most people eat a little over four commercially prepared meals per week, or about 18 per month.  These meals cost about $13.00 on average versus about $4.00 when you cook for yourself.  But those are just face-value costs and don’t include things like driving, time/labor, and the intangible suckiness of having to do your own dishes.

So that is what this post is about… does eating out two times less per week, about a 50% reduction for most people, save you money.  And if so, how much?

How much will the small sacrifice of cooking for yourself two more times per week save you?  Assuming you’re like the rest of America in restaurant spending habits, my estimate is somewhere in the ballpark of $8,600 per decade.  Here are the details:

That is a pretty snazzy $86-hundred for simply 86-ing two restaurant meals per week, especially just for one person! And being even more ambitious by cutting 4 meals out every week is worth over $17,000 per person every 10 years.

Some notes and observations…

I’m including time and labor costs in these numbers.  If you exclude them by looking at the hard value with growth number, you’ll notice that the top-line value of two less meals out per week exceeds $12,200 over ten years.  It isn’t a big surprise, at least to me, that cooking requires a bit more time and is slightly less fun (mostly just the dishes part).

On the intangible cost front, I’m assuming that driving costs essentially cancel each other out for both scenarios.  I’m also assuming that your time is worth about $10 per hour when cooking and $7 per hour when chillaxing at a restaurant with your friends/family/smartphone/book.

For the commercially prepared meals, I’m guessing average wait times of about 10 minutes per meal versus 30 minutes of prepping, cooking, cleaning, and packing-up when cooking for yourself.  30 minutes might seem low, but there are a lot of meals where you don’t have to cook anything at all because you made huge portions the night before (more on this later).

Anyway, that is the basic framework, and it is all adjustable if you want to download and tinker with the ROI spreadsheet yourself.

There are a few ways to leverage this example even further.  I’m using a $4.00 per person per meal assumption when you cook for yourself, but Mark Bittman from the New York Times has a great infographic showing how you can have nutritious meals at even lower costs. And if you really want to amp things up, aka, keep your food costs down, Leanne Brown has a free cookbook that shows how you can cook healthy meals on roughly $4.00 per day or $1.33 per meal!  This would be huge additional savings if you wanted to give it a try. 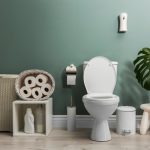 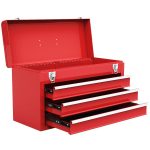 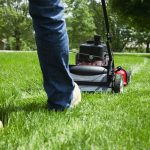 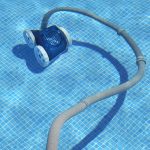